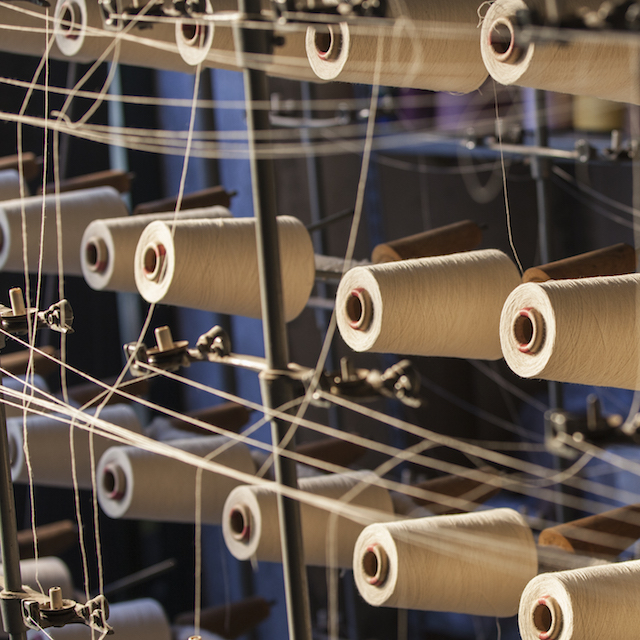 […] And so the final fabric is no longer just the result of a technological process that comes from afar, but of a set of small gestures full of emotion, of small uncertainties, of which Marinella, in a slow performative act, becomes the bearer.

The machine, <<hostile power>>, and the man – or better, the woman – put themselves in a condition of dialectical exchange; they dialogue producing those little slips necessary to maintain an emotional tension because from the machine, as Carmelo Bene would have said, one never escapes and so what was initially a process determined by binary choices becomes again an analogical process and vice versa. Better still, a reversible process: the DNA has in fact been coded in such a way that it is technically possible to decrypt the tissue, which contains the entire genetic code of the artist, and one day return to the DNA itself.